Top Ten Tuesday is a weekly feature hosted by The Broke and the Bookish. This week we're talking about the books we recommend most often. I've broken mine into categories... regular readers will find no surprises here.

Classics:
Pride and Prejudice  by Jane Austen
East of Eden  by John Steinbeck
The Good Earth  by Pearl S. Buck

A Darn Good Story:
The Help  by Kathryn Stockett
The Homecoming of Samuel Lake  by Jenny Wingfield 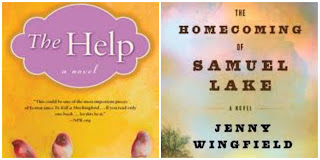 Non-fiction:
Lots of Candles, Plenty of Cake  by Anna Quindlen

What books do you find yourself recommending over and over again?
Visit The Broke and the Bookish for more Top Ten Tuesday posts.
Posted by JoAnn at 10:09 AM