A Poem for Wednesday 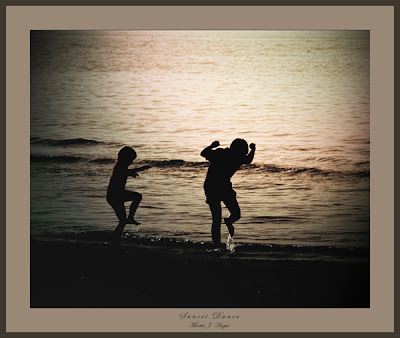 
TO A CHILD DANCING IN THE WIND

Dance there upon the shore;
What need have you to care
For wind or water's roar?
And tumble out your hair
That the salt drops have wet;
Being young you have not known
The fool's triumph, nor yet
Love lost as soon as won,
Nor the best labourer dead
And all the sheaves to bind.
What need have you to dread
The monstrous crying of wind?

"To a Child Dancing in the Wind" is reprinted from Responsibilities. W.B. Yeats. New York: Macmillan, 1916.

It's the birthday of the poet and playwright William Butler Yeats (books by this author), born in Dublin, Ireland (1865).

He grew up at a time when the nation of Ireland was struggling with its identity as an English colony. Most members of the Irish Protestant upper class were pro-British rule, and members of the Catholic middle class were pro-independence. It didn't help the two sides get along that Catholics were denied equal access to education, jobs, and government positions. Yeats grew up in a Protestant family, but he only cared about poetry.

In 1889, he met Maud Gonne, a beautiful actress who had become an activist and who spoke out for Irish nationalism and independence. She became the love of his life. She inspired him to use his writing as a force for national unity. Yeats came to believe that if he could get in touch with the deep, mythic history of the Irish people, he could pull the country together with poetry. Yeats spent years writing plays about Irish nationalism for Maud Gonne to star in. But by 1910, Maud Gonne had married someone else and Yeats had given up on trying to win her love. He also gave up on the idea of writing poetry for the collective soul of Ireland, and wrote instead for himself.

At the same time that he stopped trying to use poetry as a political force, he started getting directly involved in politics, and served for six years in the Irish senate. In 1922, he witnessed the end of the English occupation in all but the northern counties of Ireland. He died in 1939. A few weeks before he died, he wrote: "Man can embody truth but he cannot know it."