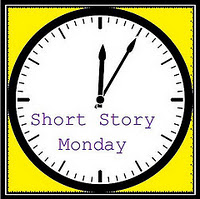 "It will hardly be pretended this year that the English Christmas has been a merry one, or that the New Year has the promise of being particularly happy. The winter is proving very cold and vicious - as if Nature herself were loath to be left out  of the general conspiracy against the comfort and self-complacency of man."


More of a letter or essay, Henry James wrote "An English New Year" during the economically unstable 1870's. He was 35 years old, living in England, and the piece was published in The Nation on January 12, 1879. It later appeared in his Collected Travel Writings: Great Britain and America.

James talks of the general gloom prevalent throughout the country. As London is mired in fog and snow (described in in prose reminiscent of  Dickens), he hopes to recover his 'nervous balance' with a brief escape to the country.

"Of all the great things that the English have invented and made part of the credit of the national character, the most perfect, the most characteristic, the one they have mastered most completely in all its details, so that it has become a compendious illustration of their social genius and their manners, is the well-appointed, well-administered, well-filled country-house."


James is invited to accompany the lady of the house on a charitable holiday visit to a workhouse where she is to distribute toys to the children. The dispatch ends abruptly as he is reminded of Oliver Twist.

"An English New Year" is this week's Library of America Story of the Week and includes drawings by Joseph Pennell. You may read it here. 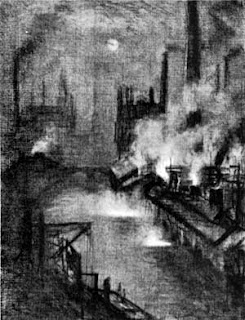