I don't usually do this. One book at a time is my rule - physical book, that is. Audiobooks are different. I have no problem with two audios on the go, since each has its own place - one in the car and another on my iPod. Over the years I've experimented with reading two and three books at once. Selections typically included one fiction and one nonfiction title, plus a classic or long-term read. The trouble began when one book really captured my attention and I read it exclusively. In my mind it became the 'winner', and the 'losers' were left to languish on my nightstand. Clearly the other books weren't exactly losers, but I had a hard time getting back to the growing pile on the nightstand. Reading monogamy seemed to be the answer. 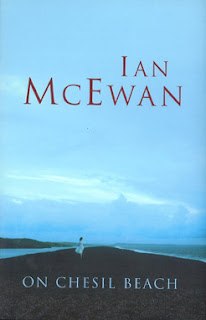 "They were young, educated, and both virgins on this, their wedding night, and they lived in a time when a conversation about sexual difficulties was plainly impossible. But it is never easy. They had just sat down to supper in a tiny sitting room on the first floor of a Georgian inn. In the next room, visible through the open door, was a four-poster bed, rather narrow, whose bedcover was pure white and stretched startlingly smooth, as though by no human hand. Edward did not mention that he had never stayed in a hotel before, whereas Florence, after many trips as a child with her father, was an old hand. Superficially, they were in fine spirits. Their wedding, at St. Mary's, Oxford, had gone well; the service was decorous, the reception jolly, the send-off from school and college friends raucous and uplifting. Her parents had not condescended to his, as they had feared, and his mother had not significantly misbehaved, or completely forgotten the purpose of the occasion. The couple had driven away in a small car belonging to Florence's mother and arrived in the early evening at their hotel on the Dorset coast in weather that was not perfect for mid-July or the circumstances, but entirely adequate: it was not raining, but nor was it quite warm enough, according to Florence, to eat outside on the terrace as they had hoped. Edward thought it was, but, polite to a fault, he would not think of contradicting her on such an evening."

On Chesil Beach
by Ian McEwan

I started On Chesil Beach a few days ago. After fifty pages of beautiful writing and engaging characters, my mind began to wander. Last night, I allowed myself to start Her Fearful Symmetry too. Halloween week seems like the perfect time to read it! 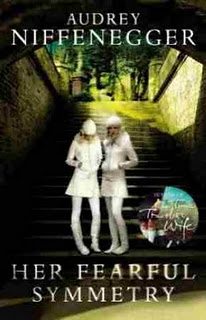 "Elspeth died while Robert was standing in front of a vending machine watching tea shoot into a small plastic cup. Later he would remember walking down the hospital corridor with the cup of horrible tea in his hand, alone under the fluorescent lights, retracing his steps to the room where Elspeth lay surrounded by machines. She had turned her head toward the door and her eyes were open; at first Robert thought she was conscious.

In the seconds before she died, Elspeth remembered a day last spring when she and Robert had walked along a muddy path by the Thames in Kew Gardens. There was a smell of rotted leaves; it had been raining. Robert said, "We should have had kids," and Elspeth replied, "Don't be silly, sweet." She said it out loud, in the hospital room, but Robert wasn't there to hear."


Her Fearful Symmetry
by Audrey Niffenegger

Do either of these first paragraphs appeal to you? I'm also wondering, if you read more than one book at a time, how you keep one title from 'winning'?
Tuesday Intros is hosted by Diane at Bibliophile by the Sea.

Email ThisBlogThis!Share to TwitterShare to FacebookShare to Pinterest
Labels: Ian McEwan, Quote of the Week