It's hard to believe Toni Morrison's beautiful writing in The Bluest Eye has been banned or challenged, yet this list from the ALA places it at number fifteen. In celebration of Banned Books Week, many bloggers are participating in a Virtual Read-Out by posting videos of themselves reading excerpts from their favorite banned book. I'm not quite brave enough for a vlog, but would still like to share two passages I loved from The Bluest Eye.


"The gray head of Mr. Yacobowski looms up over the counter. He urges his eyes out of his thoughts to encounter her. Blue eyes. Blear-dropped. Slowly, like Indian summer moving imperceptibly toward fall, he looks toward her. Somewhere between retina and object, between vision and view, his eyes draw back, hesitate, and hover. At some point in time and space he senses that he need not waste the effort of a glance. He does not see her, because for him there is nothing to see. How can a fifty-two-year-old white immigrant storekeeper with the taste of potatoes and beer in his mouth, his mind honed on the doe-eyed Virgin Mary, his senses blunted by a permanent awareness of loss, see a little black girl? Nothing in his life even suggested that the feat was possible, not to say desirable or necessary."   p.48

"We walked quickly at first, and then slower, pausing every now and then to fasten garters, tie shoelaces, scratch, or examine old scars. We were sinking under the wisdom, accuracy, and relevance of Maureen's last words. If she was cute - and if anything could be believed, she was - then we were not. And what did that mean? We were lesser. Nicer, brighter, but still lesser. Dolls we could destroy, but we could not destroy the honey voices of parents and aunts, the obedience in the eyes of our peers, the slippery light in the eyes of our teachers when they encountered the Maureen Peals of the world. What was the secret? What did we lack? Why was it important? And so what? Guileless and without vanity, we were still in love with ourselves then. We felt comfortable in our skins, enjoyed the news that our senses released to us, admired our dirt, cultivated our scars, and could not comprehend this unworthiness. Jealousy we understood and thought natural - a desire to have what somebody else had; but envy was a strange new feeling for us. And all the time we knew that Maureen Peal was not the Enemy and not worthy of such intense hatred. The Thing to fear was the Thing that made her beautiful, and not us." p.74 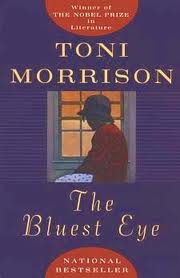