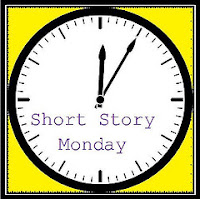 Hello, Short Story Monday.... meet the TBR Dare.
Nearly fifty bloggers have accepted C.B. James' dare to read only from our shelves until April 1.  Since my shelves hold plenty of short stories, Short Story Monday posts will focus on collections and anthologies I've purchased over the last couple of years, as well as back issues of The New Yorker piled on my coffee table, for the entire first quarter of 2011.

Last Monday I started F. Scott Fitzgerald's Tales From the Jazz Age, but this week I was in the mood for a ghost story and turned to "Afterward" from The Ghost Stories of Edith Wharton.   It begins:

These portentous words are spoken to Mary and Ned Boyne,  a newly wealthy American couple escaping "the soul-deadening ugliness" of the midwest for an English country home, when Ned, believing a ghost to be an absolute necessity for such a property, quite bluntly asks:


"I don't want to have to drive ten miles to see somebody else's ghost.  I want one of my own on the premises. Is there a ghost at Lyng?"

Ned is somewhat disappointed at the prospect of a ghost that nobody knows is a ghost and, upon pressing further, learns legend says the ghost is only recognized "afterward".  Ned then asks how it can be called a ghost if it is not immediately perceived as one, while Mary puzzles the question with their friend Alida,


"But if it's once been identified as an unearthly visitant, why hasn't its signalment been handed down in the family? How has it managed to preserve its incognito?... Suddenly, long afterward, one says to one's self 'That was it'?"

Alida can only offer the words, "One just has to wait."


"Oh, hang waiting!" Ned broke in. "Life's too short for a ghost who can only be enjoyed in retrospect. Can't we do better than that, Mary?"

The fun, and creepiness, comes with the unfolding story and discovery of the ghost... afterward. "Afterward" was less ambiguous and, ultimately, more satisfying than "The Lady's Maid's Bell" (reviewed here), also included in this eleven story collection. "Afterward" may also be read online.

Short Story Monday is hosted by John Mutford at The Book Mine Set.
Posted by JoAnn at 8:09 PM