Tuesday Intro: Did You Ever Have a Family 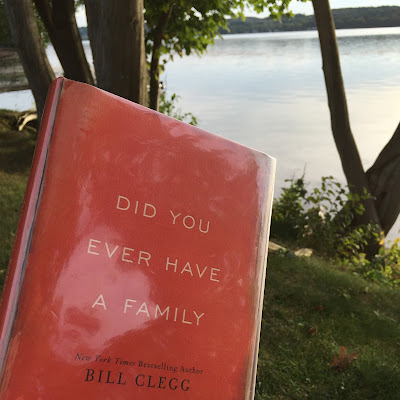 He wakes to the sound of sirens. Many, loud, and very near. Then horns: short, angry grunts like the buzzers signaling time-out in the basketball games he watches but does not play in at school. His cell phone says 6:11 a.m., but the house downstairs is awake and loud and from the particular pitch of his mother's rough morning voice, scratching above his father's and sister's, he knows something is wrong.

Did You Ever Have a Family
by Bill Clegg

This book seems to be a favorite among book bloggers at the moment, and for that reason I was a little hesitant to pick it up. But I needn't have worried. Clegg had me hooked by the end of the first page and now, around the halfway mark, I absolutely love it. The story, the characters, and the writing are nearly perfect. I can't wait to see what the second half holds.


The stunning debut novel from bestselling author Bill Clegg is a magnificently powerful story about a circle of people who find solace in the least likely of places as they cope with a horrific tragedy.

On the eve of her daughter’s wedding, June Reid’s life is completely devastated when a shocking disaster takes the lives of her daughter, her daughter’s fiancé, her ex-husband, and her boyfriend, Luke—her entire family, all gone in a moment. And June is the only survivor.

Elegant and heartrending, and one of the most accomplished fiction debuts of the year, Did You Ever Have a Family is an absorbing, unforgettable tale that reveals humanity at its best through forgiveness and hope. At its core is a celebration of family—the ones we are born with and the ones we create.