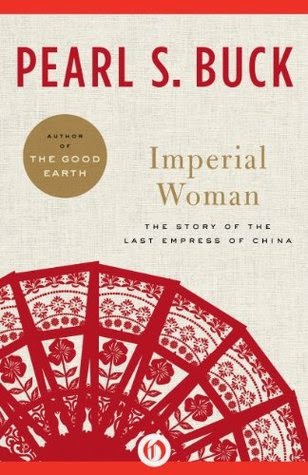 One sentence summary:
Imperial Woman tells the story of Tzu Hsi, China's last empress, who began her life in the Forbidden City as a concubine and rose to become the head of the Qing Dynasty.

Motivation:
I've enjoyed other books by Pearl S. Buck -The Good Earth (an all-time favorite), Pavilion of Women, and Peony: A Novel of China - so decided to include Imperial Woman on my Classics Club list.

How does this one compare?
Previous Buck novels I've read were based on lives of ordinary citizens, but Imperial Woman is about both Chinese royalty and an actual historic figure. Tzu Hsi's story is an interesting one and I enjoyed learning about life in the Forbidden City, but eventually became impatient with the endless palace "intrigue". 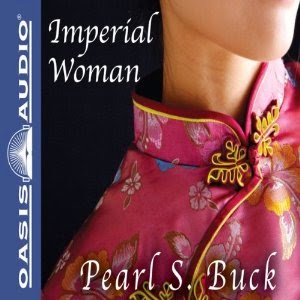 A note on the audio production:
This was a combination print/audio experience for me. I decided to purchase Imperial Woman based solely on the fact that Kristen Potter was the narrator and had done an excellent job with Peony: A Novel of China. Her voice is soft, yet firm with an unhurried, deliberate pacing that fits perfectly with the Chinese culture portrayed in the novel.

Bottom line:
Recommended, but if you haven't read Pearl S. Buck, I'd suggest starting with The Good Earth or Pavilion of Women.