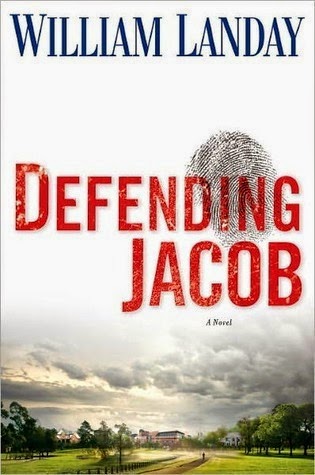 In April 2008, Neal Logiudice finally subpoenaed me to appear before the grand jury. By then it was too late. Too late for his case, certainly, but also too late for Logiudice. His reputation was already damaged beyond repair, and his career along with it. A prosecutor can limp along with a damaged reputation for a while, but his colleagues will watch him like wolves and eventually he will be forced out, for the good of the pack. I have seen it many times: an ADA is irreplaceable one day, forgotten the next.

I haven't read a good mystery in ages, but already suspect this will be a real page-turner. I also can't remember the last time my book club chose to read one (surely we must have once or twice), but Defending Jacob is our next selection. I'm hopeful we'll find enough to discuss.

Does the intro make you want to keep reading? If you've read this one already, do you think it will lead to a good book club discussion?


Andy Barber has been an assistant district attorney in his suburban Massachusetts county for more than twenty years. He is respected in his community, tenacious in the courtroom, and happy at home with his wife, Laurie, and son, Jacob. But when a shocking crime shatters their New England town, Andy is blindsided by what happens next: His fourteen-year-old son is charged with the murder of a fellow student.

Every parental instinct Andy has rallies to protect his boy. Jacob insists that he is innocent, and Andy believes him. Andy must. He’s his father. But as damning facts and shocking revelations surface, as a marriage threatens to crumble and the trial intensifies, as the crisis reveals how little a father knows about his son, Andy will face a trial of his own—between loyalty and justice, between truth and allegation, between a past he’s tried to bury and a future he cannot conceive.

Award-winning author William Landay has written the consummate novel of an embattled family in crisis—a suspenseful, character-driven mystery that is also a spellbinding tale of guilt, betrayal, and the terrifying speed at which our lives can spin out of control.

Every Tuesday, Diane at Bibliophile by the Sea posts the opening paragraph (sometime two) of a book she decided to read based on the opening. Feel free to grab the banner and play along.
Posted by JoAnn at 7:35 AM