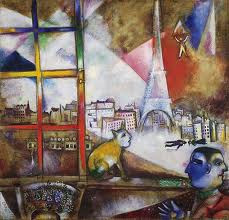 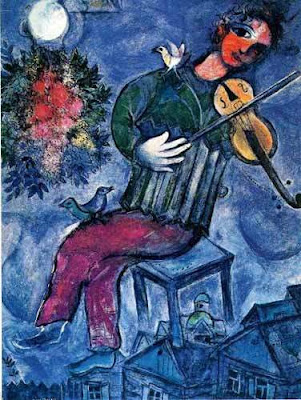 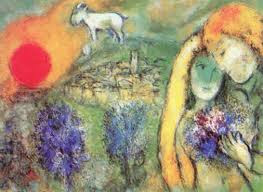 It's the birthday of artist Marc Chagall, born in Vitebsk, Russia (1887). He was one of nine kids in a family of modest means; his father worked for a salt herring factory, and his mother ran a shop. He wanted to be an artist, and he moved to St. Petersburg, where he failed his first entrance exams but eventually was accepted to art school. It was in Paris, surrounded by other artists, that he really began to develop his style. Though he was homesick and could not speak French, he later said, "My art needed Paris like a tree needs water." Chagall is known for bright and complex colors, and his fantastical images from Russian-Jewish folklore and his childhood: ghosts, livestock, weddings, fiddlers, scenes of his village Vitebsk, a couple floating in the sky, and fish. 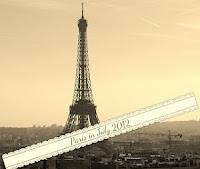