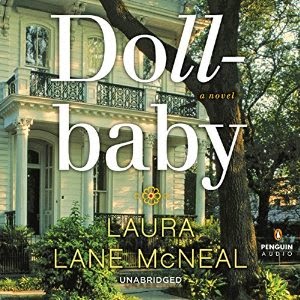 There are times you wish you could change things, take things back, pretend they never existed. This was one of those times, Ibby Bell was thinking as she stared bug-eyed out the car window. Amid the  double-galleried homes and brightly painted cottages on Prytania Street, there was one house that didn't belong.

"Ibby?" Her mother turned down the radio and began drumming her fingers on the steering wheel.

Ibby ignored her, letting her mother's words mingle with the buzz of the air conditioning and the drone of the idling car engine as she craned her neck, trying to get a better look at the house that was stubbornly obscured by the sprawling branches of a giant oak tree and the glare of the midmorning sun. She cupped her hands over her eyes and glanced up to find a weathervane shaped like a racehorse jutting high above the tallest branches of the tree. It was flapping to and fro in the tepid air, unable to quite make a total spin around the rusted stake, giving the poor horse the appearance of being tethered against its will.

I know that feeling, Ibby thought.

Dollbaby  is my current audiobook and, just past the halfway point, I'm nearly ready to proclaim it as a favorite of the year. The New Orleans setting, a compelling story, and first-rate narration combine for a near perfect listening experience.

When Ibby Bell's father dies unexpectedly in the summer of 1964, her mother unceremoniously deposits Ibby with her eccentric grandmother Fannie and throws in her father's urn for good measure. Fannie's New Orleans house is like no place Ibby has ever been - and Fannie, who has a tendency to end up in the local asylum - is like no one she has ever met. Fortunately, Fannie's black cook, Queenie, and her smart-mouthed daughter, Dollbaby, take it upon themselves to initiate Ibby into the ways of the South, both its grand traditions and its darkest secrets.

Would you keep reading... or listening?