The All of It by Jeannette Haien 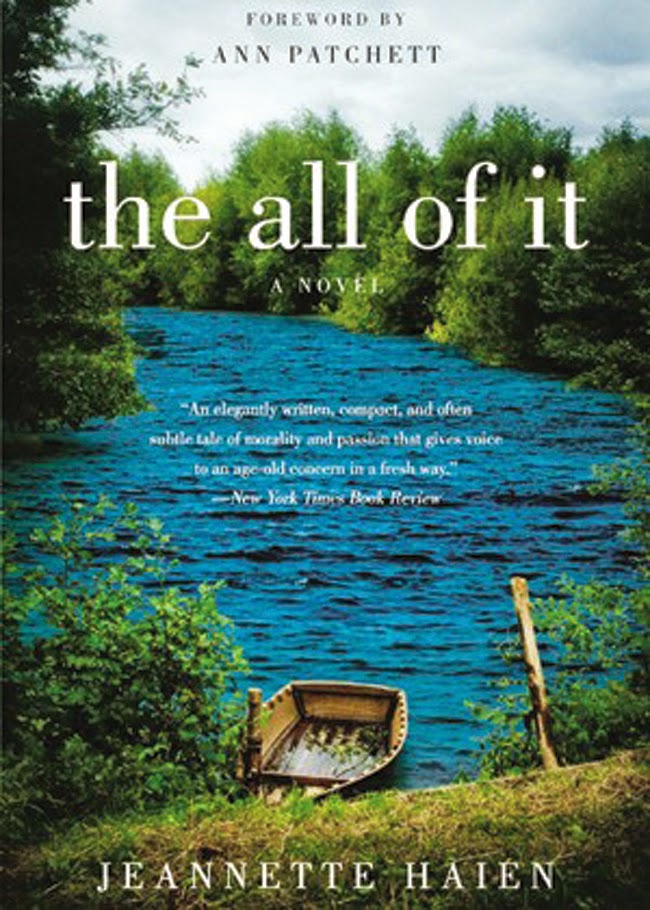 The All of It
by Jeanette Haien
HarperCollins e-book, 2009 reprint
145 pages
source: purchased

Summary (from goodreads):
A sleeper hit when first published in 1986, Jeannette Haien's exquisite, beloved first novel is a deceptively simple story that has the power and resonance of myth. The story begins on a rainy morning as Father Declan de Loughry stands fishing in an Irish salmon stream, pondering the recent deathbed confession of one of his parishioners. Kevin Dennehy and his wife, Enda, have been sweetly living a lie for some 50 years, a lie the full extent of which Father Declan learns only when Enda finally confides "the all of it." Her tale of suffering mesmerizes the priest, who recognizes that it is also a tale of sin and scandal, a transgression he cannot ignore. The resolution of his dilemma is a triumph of strength and empathy that, as Benedict Kiely has said, makes The All of It "a book to remember".

This book appealed to me for three reasons:
1.  It was recommended by Ann Patchett, who also wrote an introduction to the latest edition.
2.  The cover is gorgeous.
3.  It was offered as a kindle daily deal for only $1.99.

Upon finishing, I thought:
1.  I'll take a recommendation from Ann Patchett any day.
2.  Reading on a kindle paperwhite does not allow you to fully appreciated  beautiful covers.
3.  I certainly got my money's worth.

Not much happens in this quiet little novel set in the Irish countryside. Aside from a bit of salmon fishing, the bulk of the action consists of a newly widowed woman telling her story, "the all of it",  to the parish priest after her husband died before finishing his final confession. Her story, in turn, creates a moral dilemma for the priest.

Haien's writing, a little wordy and with lots of punctuation (beware if you don't like that kind of thing), was another highlight of my reading experience.


Discordantly - out of the mists - he heard her voice: "Dead faces," she said whitely, "they're all the same. They don't, I mean, tell of the person as they were alive."

"One thing I've learned, Father - that in this life it's best to keep the then and now and the what's-to-be as close together in your thoughts as you can. It's when you let the gaps creep in, when you separate out the intervals and dwell on them, that you can't bear the sorrow."