The Vacationers by Emma Straub 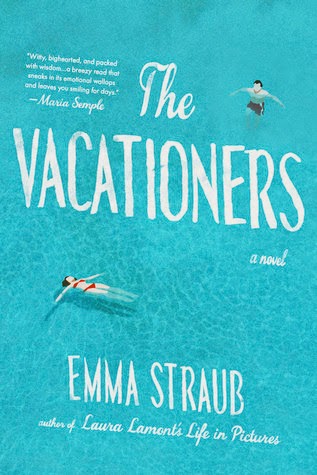 The Vacationers
by Emma Straub
Riverhead, 2014
304 pages
source: borrowed from the library

Summary (from goodreads):
For the Posts, a two-week trip to the Balearic island of Mallorca with their extended family and friends is a celebration: Franny and Jim are observing their thirty-fifth wedding anniversary, and their daughter, Sylvia, has graduated from high school. The sunlit island, its mountains and beaches, its tapas and tennis courts, also promise an escape from the tensions simmering at home in Manhattan. But all does not go according to plan: over the course of the vacation, secrets come to light, old and new humiliations are experienced, childhood rivalries resurface, and ancient wounds are exacerbated.

This is a story of the sides of ourselves that we choose to show and those we try to conceal, of the ways we tear each other down and build each other up again, and the bonds that ultimately hold us together. With wry humor and tremendous heart, Emma Straub delivers a richly satisfying story of a family in the midst of a maelstrom of change, emerging irrevocably altered yet whole

Do you enjoy family dysfunction in an idyllic setting?
Do you like character driven novels?
Are you okay with books where not much actually happens?

Three "yes" answers and The Vacationers might just be your ideal summer read.

The cast:
- Jim and Franny Post, celebrating their 30th anniversary and trying to recover from a marital crisis
- daughter  Sylvia, recent high school graduate escaping NYC after a Facebook debacle
- their  floundering 28 year old floundering son and his 40 year old girlfriend (nobody likes her)
- Franny's best friend, Charles, and his husband, who doesn't really want to be there
- a handsome 20 year old tutor visiting daily to help Sylvia improve her Spanish

This all adds up to two weeks of tension (maybe closer to torture for some), a little growth, and a few very funny moments. I enjoyed Straub's sharp observations (both social and literary) - from family, love, and parenthood to Florida real estate and the Brontë sisters.

My only complaint, and it's relatively minor, is that I would have appreciated more of a sense of place. This Spanish paradise could have been used to greater advantage.

Overall though, I loved this book.... and these ideal reading conditions certainly didn't hurt. 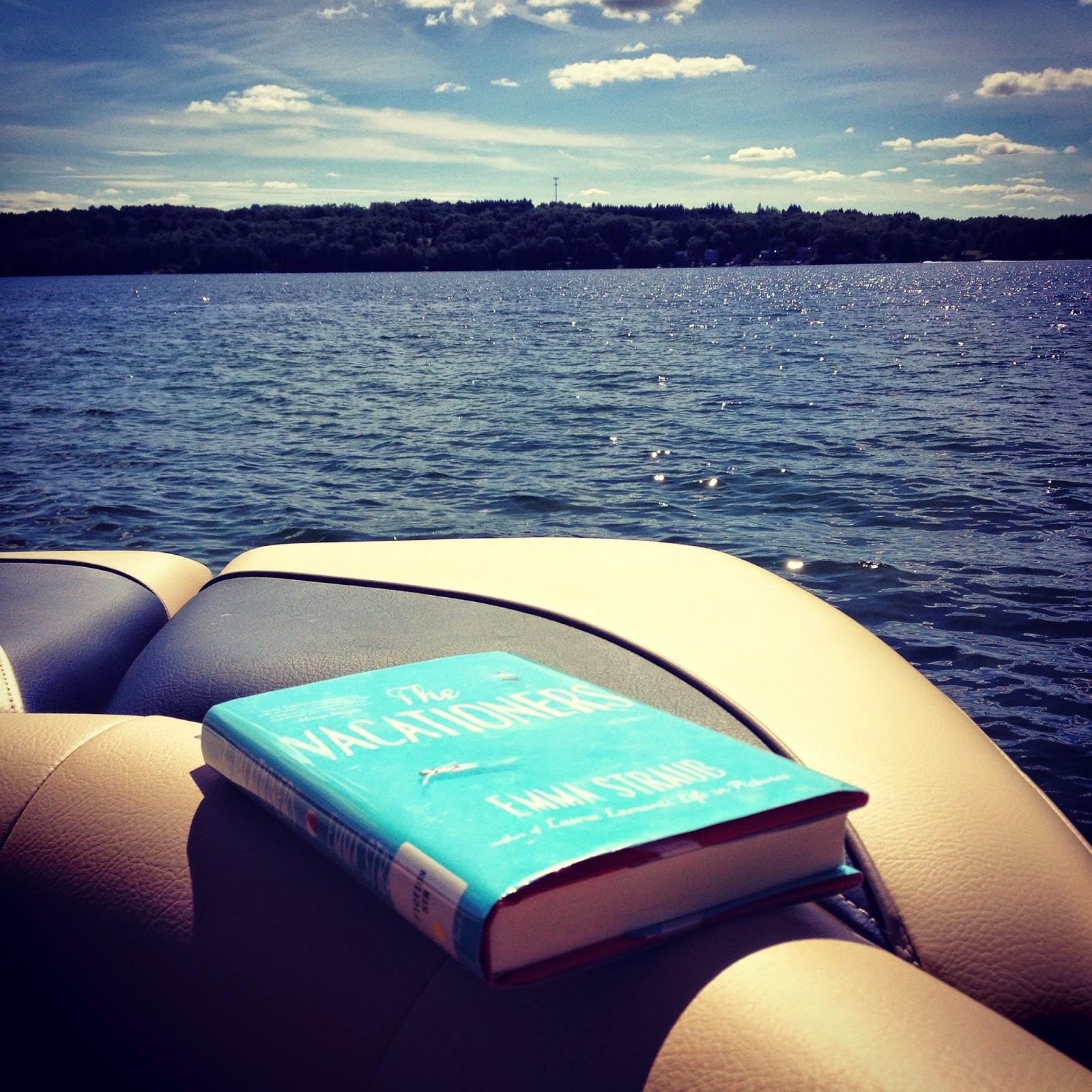 
When people asked what kind of writer her mother was, Sylvia usually said that she was like Joan Didion, only with an appetite, or like Ruth Reichl, but with an attitude problem. She did not say this to her mother.

Franny felt pleased with her choice of venue: Mallorca was less cliché than the South of France, and less overrun by Americans than Tuscany. Of course it had an overbuilt shoreline and its share of terrible tourist-infested restaurants, but they would avoid all that. Islands, being harder to get to, naturally separated some of the wheat from the chaff, which was the entire philosophy behind places like Nantucket, where children grew up feeling entitled to private beaches and loud pants.

The idea had been to be together, everyone nicely trapped, with card games and wine and all the fixings of satisfying summers at their fingertips.

Gemma was one of Franny's least favorite humans on the planet for a number of reasons:  1. She was Charle's second-closest female friend. 2. She was tall and thin and blonde, three automatic strikes. 3. She'd been shipped off to boarding school outside Paris and spoke perfect French, which Franny found profoundly show-offy, like doing a triple axel at the Rockefeller Center skating rink.

She'd always thought that siblings were pretty much the same people in differently shaped bodies, just shaken up slightly, so that the molecules rearranged themselves, but now she wasn't sure.

Families were nothing more than hope cast out in a wide net, everyone wanting only the best.