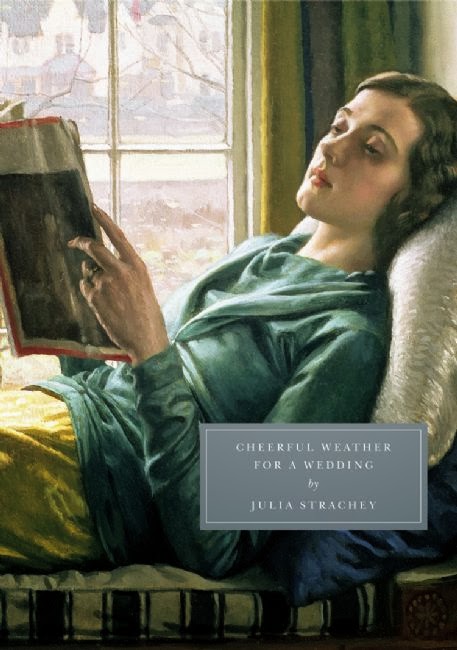 On March 5th Mrs. Thatcham, a middle-class widow, married her eldest daughter, Dolly, who was twenty-three years old, to the Hon. Owen Bigham. He was eight years older than she was, and in the Diplomatic Service.

It had been a short engagement, as engagements are supposed to go - only a month, but Owen was due in South America at the end of March, to take up a post there for several years, and Dolly had agreed to marry and go out with him.

Owen and Dolly were married from the Thatchams' house in the country. (Owen's parents had a house in that part of the world also, - the other side of the sea bay of Malton.)

At the beginning of the wedding morning it was grey and cold.

Cheerful Weather for the Wedding
by Julia Strachey

This short novel, originally published in 1932, is my Classics Spin book. Reviews seem to be mixed overall, but I'm enjoying the writing and the time period so far. With a little luck, I may even be able to finish over the long holiday weekend and watch the 2012 film, too.

What do you think of the intro? Does it make you want to read more?