A Few Words About Tess of the d'Urbervilles 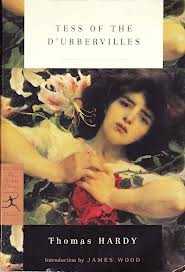 Remember the Classics Club Spin #2? When number 6 was chosen, corresponding to Tess of the d'Urbervilles by Thomas Hardy on my list, I'll admit to being a little apprehensive. After all, I had a history with that particular novel. About ten years ago, I began reading it with an online group, fell behind around page 150, and quietly returned it to my shelf... where it has been a reminder of my failure ever since.

My progress was painfully slow on this second attempt, too, so I decided to speed things up by making the book a read/listen combination. Of course, I chose the Simon Vance narration, because Vance is the  voice of classic British literature as far as I'm concerned. I finished listening on July 1, just under the wire for the spin deadline.

Surprisingly, I knew very little about the plot of the novel and will not go into detail here, but if you have not read this classic, you really must. Tess gained my sympathies early on and I was enraged at the treatment she received - from  Alec d’Urberville,  Angel Clare, her family, and society in general. The ending left me utterly speechless.

Despite needing the audio to pull me through, I have added Tess of the d'Urbervilles to my list of favorites. It truly redefines my idea and expectations of a tragedy. 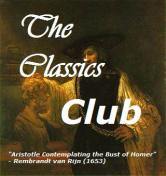