1. What is the best book you read in 2012?
I listed my ten favorites in yesterday's post.

4. Book(s) you recommended most in 2012?
Lots of Candles, Plenty of Cake  by Anna Quindlen
The Unlikely Pilgrimage of Harold Fry  by Rachel Joyce

5. Best series you discovered in 2012?
I avoided series this year.

7. Most thrilling, unputdownable book in 2012?
The Homecoming of Samuel Lake  by Jenny Wingfield

8. Book you most anticipated in 2012?
The Uninvited Guests  by Sadie Jones 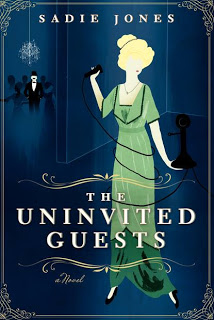 10. Most memorable character in 2012?
Swan Lake, The Homecoming of Samuel Lake

11. Most beautifully written book read in 2012?
Rules of Civility  by Amor Towles

12. Book that had the greatest impact on you in 2012?
Lots of Candles, Plenty of Cake by Anna Quindlen

13. Book you can’t believe you waited UNTIL 2012 to finally read?
North and South  by Elizabeth Gaskell

"In out twenties, when there is still so much time ahead of us, time that seems ample for a hundred indecisions, for a hundred visions and revisions - we draw a card, and we must decide right then and there whether to keep that card and discard the next, or discard the first and keep the second. And before we know it, the deck has been played out and the decisions we have just made will shape our lives for decades to come."
― Amor Towles, Rules of Civility


“The thing about old friends is not that they love you, but that they know you. They remember that disastrous New Year's Eve when you mixed White Russians and champagne, and how you wore that red maternity dress until everyone was sick of seeing the blaze of it in the office, and the uncomfortable couch in your first apartment and the smoky stove in your beach rental. They look at you and don't really think you look older because they've grown old along with you, and, like the faded paint in a beloved room, they're used to the look. And then one of them is gone, and you've lost a chunk of yourself. The stories of the terrorist attacks of 2001, the tsunami, the Japanese earthquake always used numbers, the deaths of thousands a measure of how great the disaster. Catastrophe is numerical. Loss is singular, one beloved at a time.”
― Anna Quindlen, Lots of Candles, Plenty of Cake


16. Best classic(s) read in 2012?
North and South  by Elizabeth Gaskell
The Tenant of Wildfell Hall  by Anne Bronte

17. Best translated work you read in 2012?
The Makioka Sisters by Junichiro Tanizaki

20. Any read-alongs completed in 2012?
No, I failed miserably with my own year-long group read of Clarissa by Samuel Richardson.


Survey adapted from The Perpetual Page-Turner. Let me know if you decide to play along.