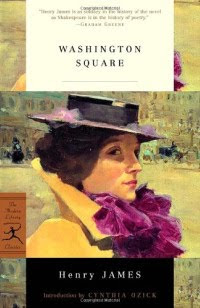 During a portion of the first half of the present century, and more particularly during the latter part of it, there flourished and practised in the city of New York a physician who enjoyed perhaps an exceptional share of the consideration which, in the United States, has always been bestowed upon distinguished members of the medical profession. This profession in America has constantly been held in honour, and more successfully than elsewhere has put forward a claim to the epithet of "liberal." In a country in which, to play a social part, you must either earn your income or make believe that you earn it, the healing art has appeared in a high degree to combine two recognised sources of credit. It belongs to the realm of the practical, which in the United States is a great recommendation; and it is touched by the light of science—a merit appreciated in a community in which the love of knowledge has not always been accompanied by leisure and opportunity.

It was an element in Dr. Sloper's reputation that his learning and his skill were very evenly balanced; he was what you might call a scholarly doctor, and yet there was nothing abstract in his remedies—he always ordered you to take something. Though he was felt to be extremely thorough, he was not uncomfortably theoretic, and if he sometimes explained matters rather more minutely than might seem of use to the patient, he never went so far (like some practitioners one has heard of) as to trust to the explanation alone, but always left behind him an inscrutable prescription. There were some doctors that left the prescription without offering any explanation at all; and he did not belong to that class either, which was, after all, the most vulgar. It will be seen that I am describing a clever man; and this is really the reason why Dr. Sloper had become a local celebrity.

During my stay in New York City last week, my daughter and I saw the play The Heiress, which is based on Washington Square by Henry James. We enjoyed it immensely and, with Dan Stevens in a primary role, it helped tide us over until season three of Downton Abbey premiers on January 6.

Washington Square is on my shelf and this seems like the perfect time to get started. What do you think of the opening? 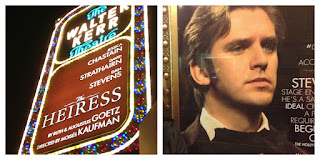 Email ThisBlogThis!Share to TwitterShare to FacebookShare to Pinterest
Labels: classics, Quote of the Week, travel