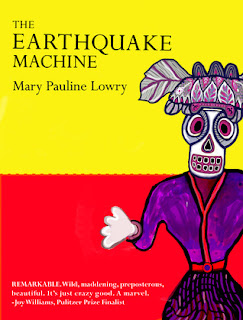 Everything in Rhonda's house was beige. Beige rooms, beige couch, beige table and chairs. Even the painters whose landscapes hung on the walls had been stingy with their palettes.

When Rhonda complained to her mother about the lack of color, insisting that it stifled her, Louise May sighed wistfully, as if she'd also rather have red walls, purple couches, yellow table and chairs, but she insisted the house was tasteful. The only brightly colored item in the house was a quilt that Louise May had pieced together herself, just for Rhonda, from pink squares of material. Rhonda would lie on her bed and trace the quilt's pattern with her fingertips, naming the different shades: hot pink, shell pink, rose pink, baby-girl pink.

I recently won this book through a Friday Reads give-away on twitter. Although I don't have time to start it right now, the opening passage really appeals to me and makes me want to get to it that much sooner. What do you think?