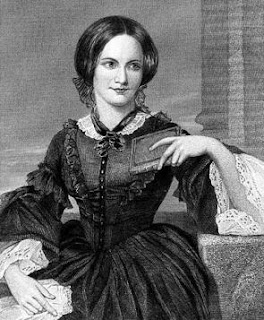 It's the birthday of Charlotte Brontë (books by this author), born in Thornton, England (1816). She grew up with five siblings, including future novelists Emily and Anne. Their mother died of cancer, and they were sent briefly to school, but her two older sisters died of tuberculosis there. After that, they were educated at home under the supervision of their father, an Anglican priest. He was strict and aloof, but he had a huge library, which the children loved. Charlotte read everything she could get her hands on, from the Bible to Lord Byron. The children mostly educated themselves: reading, acting out plays, making up stories about an imaginary kingdom, and going for long walks on the moors.

Charlotte's friend, the novelist Elizabeth Gaskell, wrote in a biography of Brontë: "In 1831, she was a quiet, thoughtful girl, of nearly 15 years of age, very small in figure [...] with soft, thick, brown hair, and peculiar eyes, of which I find it difficult to give a description, as they appeared to me in her later life [...] The usual expression was of quiet, listening intelligence; but now and then, on some just occasion for vivid interest or wholesome indignation, a light would shine out, as if some spiritual lamp had been kindled, which glowed behind those expressive orbs. I never saw the like in any other human creature. As for the rest of her features, they were plain, large, and ill set; but, unless you began to catalogue them, you were hardly aware of the fact, for the eyes and power of the countenance over-balanced every physical defect; the crooked mouth and the large nose were forgotten, and the whole face arrested the attention, and presently attracted all those whom she herself would have cared to attract. Her hands and feet were the smallest I ever saw; when one of the former was placed in mine, it was like the soft touch of a bird in the middle of my palm."

In 1846, when she was 30, Charlotte accompanied her father to Manchester, where he underwent cataract surgery. She spent a month with him in a boarding house, nursing him back to health, and it was there that she began writing Jane Eyre. Brontë sent Jane Eyre to a publisher under the name "Currer Bell," and when it was published in 1847, it sold well. Within several months, both of her sisters published their first novels: Anne published Agnes Grey by "Acton Bell," and Emily published Wuthering Heights by "Ellis Bell." Then, within eight months, all three of her siblings died — her brother of tuberculosis, and both Emily and Anne of tuberculosis. Brontë published two more novels, Shirley (1849) and Villette (1853), and in 1854 she was married. But she died a year later, possibly of tuberculosis, at the age of 38.

She wrote, "I would always rather be happy than dignified."


I only know Charlotte Bronte through her most famous novel, Jane Eyre, which I'd planned to reread before beginning The Flight of Gemma Hardy. It seems fitting to begin today.