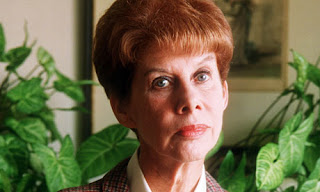 It's the birthday of the novelist who said, "I feel I could get into the Guinness Book of Records as the world's loneliest, most miserable woman." That's Anita Brookner (books by this author), born in London (1928). She writes novels about lonely characters, so everyone wrongly assumes that she is writing about herself. She said: "Well, I am a spinster. I make no apologies for that. But I'm neither unhappy nor lonely. I am interested in people who live on their own, people who get left behind, who drop through the net, but who survive. They seem to me quite heroic characters sometimes, but no one inquires about them because they're people who do without much conversation, whose loudest moments are internal."

She did have a lonely childhood; she had no brothers and sisters, and her parents were unhappy. Her father was an unsuccessful businessman. Her mother had given up a successful career as a singer to marry her father and was never sure that it was a good decision. Anita loved reading and art. Her father gave her two Dickens novels every year for her birthday and Christmas until she had read every single one. The Brookners lived near an art museum, and she spent every Sunday afternoon there looking at paintings.

She went to college and graduate school to study art history, which worried her parents; they were concerned that she would never find a husband if she became an academic. When she insisted anyway and got offered a scholarship to study in Paris, her parents disowned her. But she loved Paris. She said: "I lived in a hotel, which is an ideal existence. You have no responsibilities. You eat out; you don't make your bed. You go off to work every morning; and I was completely immersed in the work. I've never been so happy."

She moved back to Britain and became an art historian and professor. For many years, she was a popular and respected teacher, but when she was in her 50s, she started to worry about what she would do after she retired. She liked to read fiction, so she decided to try writing a novel. Her first novel, A Start in Life (1981), was published when she was 53. After that, for many years she published exactly one new novel every summer. She writes her novels out in longhand, then types them up, and writes only one draft. Overall, she has published 24 novels in the past 30 years. She said, "My real work was as a teacher and an academic, and I loved it. This is really just filling the time."

Today is also International Anita Brookner Day, created by Thomas and Simon. They lead the book blogging community in celebrating "all things Anita".  Look for reviews and more on this blog. 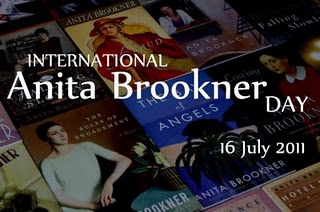