The Sunday Salon: Summer is Here! 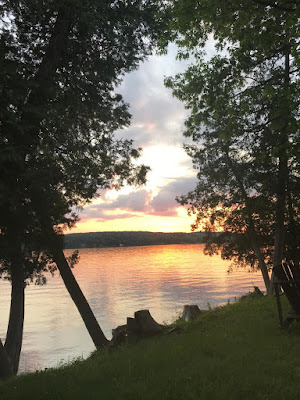 At last. It's summertime here on the lake and we're having gorgeous weather  for an entire weekend! A ridiculous amount of rain fell earlier this week, including 3.5" in just one morning. The sump pump was working overtime and our lawn is still a spongy, squishy mess, but the sun is finally shining. 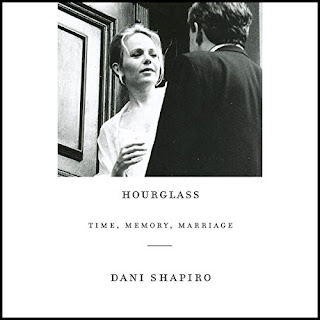 This is Shapiro's short (just under 4 hours) memoir about marriage... mostly her own, but with a couple of side-trips into her parents and in-laws marriages, too. It reads like a meditation, reflective and  philosophical. She talks about how marriage changes over time and the effects of hardship, tragedy, and joy.


“I've become convinced that our lives are shaped less by the mistakes we make than when we make them. There is less elasticity now. Less time to bounce back. And so I heed the urgent whisper and move with greater and greater deliberation.”

I appreciated the openness, immediacy and intensity of this work and picked up another of her memoirs as soon as I finished. 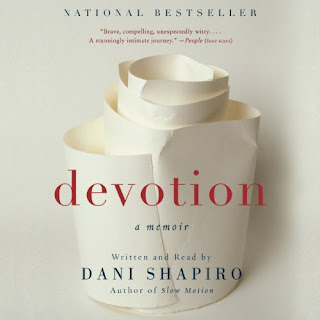 This is the third memoir by Dani Shapiro I've read in as many weeks... I'm officially a fan! This book examines the ways faith, prayer, and devotion affect everyday life. Again, I found Shapiro's writing to be thoughtful, intelligent, and insightful. Her narration not only added feeling, it increased my understanding and overall appreciation of the work. I highly recommend listening, but also plan to purchase a print copy. There are several passages I want to reread and many quotes I'd like to share. 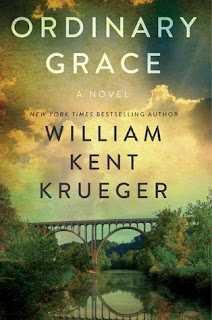 This book is beautifully written, packed with nostalgia, and gives the reader plenty to think about. It's a coming-of-age story with a murder mystery component. I solved the mystery fairly early on, something I never do, but that's not really the point of the book anyway. With a variety of themes for discussion, we should have an excellent book club meeting in a couple of weeks.

I started this book last night, but am already drawn in to the story of two young, rookie cops in 1970's New York City. This novel was on many summer reading recommendation lists and I understand it will follow the lives of the two families over the next forty years.


On the blog//
Out of Control: The Current State of My Library Hold List
This Week's Read: Devotion  by Dani Shapiro

Early last week at Scallions in Saratoga Springs, NY, I had the most delicious burger - a crispy quinoa burger. Served with lettuce, tomato, sprouts, and a dollop of mashed avocado, it was amazing! When we got home I googled quinoa burgers and was surprised to find so many recipes... I'd never even heard of them before. 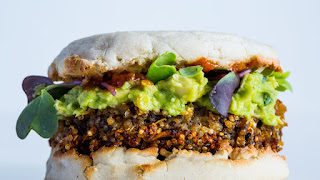 I chose to try a recipe for Stellar Quinoa Burgers from Bon Appetit (the above photo is from their website) Let's just say that it required a fair amount of effort and the results were disappointing. A day or two later I discovered frozen quinoa patties at Wegmans, which I purchased but have not tried yet.

Have you ever eaten a quinoa burger? Do you have a recipe to share?

Nothing major, but several little things this week... car service (we may need to replace the windshield if they can't fix the chip),  appliance repair call, more gardening, a couple of meetings. We ordered new carpet for the bedrooms and I'm hoping they can install it toward the end of the week. Otherwise, it may interfere with our 4th of July visitors and plans. Fingers crossed!

The Sunday Salon is hosted by Deb at Readerbuzz.
Posted by JoAnn at 3:10 PM