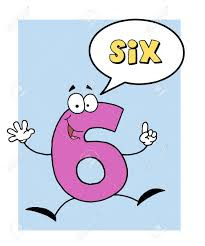 It's time for Six in Six again! Jo at The Book Jotter  created this meme several years ago. The purpose is to help to summarize six months of reading by sorting books into six categories. Choose from the ones Jo suggests or come up with your own... and it's okay to use the same book in multiple categories.

Six from the nonfiction shelf:
1. The Girls of Atomic City by Denise Kiernan
2. Missoula: Rape and the Justice System in a College Town by Jon Krakauer
3. Notorious RBG: The Life and Times of Ruth Bader Ginsburg by Irin Carmon
4.When Breath Becomes Air by Paul Kalanithi
5. Kings of Queens: Life Beyond Baseball with '86 Mets by Erik Sherman
6. West With the Night by Beryl Markham

Six books I plan to read before 2016 ends:
1. Delta Wedding by Eudora Welty
2. Everybody's Fool by Richard Russo
3. Amsterdam by Ian McEwan
4. A Gentleman in Moscow by Amor Towles
5. They May Not Mean To, But They Do by Cathleen Schine
6. something by Anthony Trollope... so many choices!

Let me know if you decide to play along!