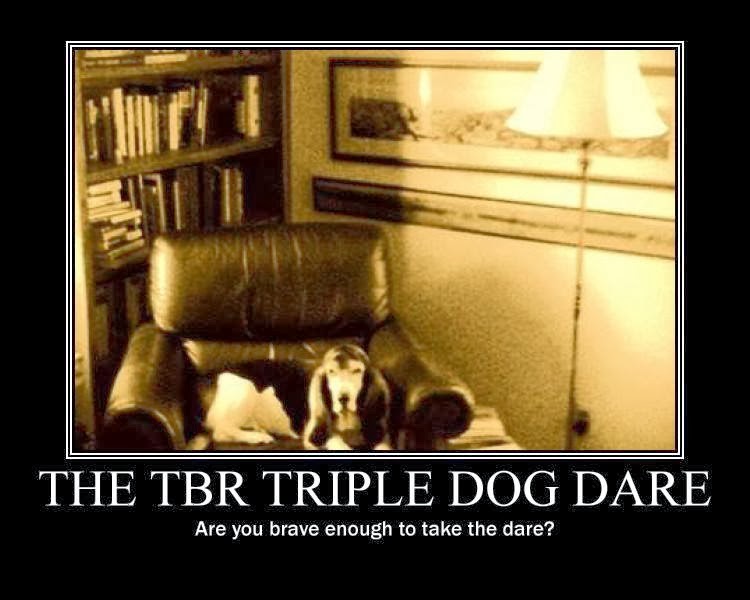 The TBR Triple Dog Dare, hosted once again by James of Ready When You Are, C.B., begins January 1, 2014. The rules are simple:  read only books in your TBR pile or on your library reserve list as of January 1, 2014 for the entire months of January, February, and March.

I always love this dare and even though I fell off the wagon early last time, many favorite books read in 2013 came from my TBR pile. Again this year, I will make exceptions for book club selections, but haven't decided about library reserves yet. I'm considering suspending all holds until April 1.

For the last several years, I've gone on book buying binges prior to beginning the dare. This year, thanks to amazon's kindle daily deals and 12 Days of Deals, my binge has been entirely electronic (and much less expensive). Over the last few weeks I've added quite a few titles to my kindle library including:

The Goldfinch by Donna Tartt
The India Fan by Victoria Holt
Letters to Alice by Fay Weldon
Imperial Women by Pearl S. Buck
Whose Body? by Dorothy L. Sayers
The Gravity of Birds by Tracy Guzman
Tales of the City by Armistead Maupin
The Fault in Our Stars by John Green
The Orphan Train by Christina Baker Kline

With another week of deals from amazon, it's possible this list may grow. When combined with titles already on my kindle, it's entirely possible I could spend three months reading exclusively ebooks.

But that won't happen because… 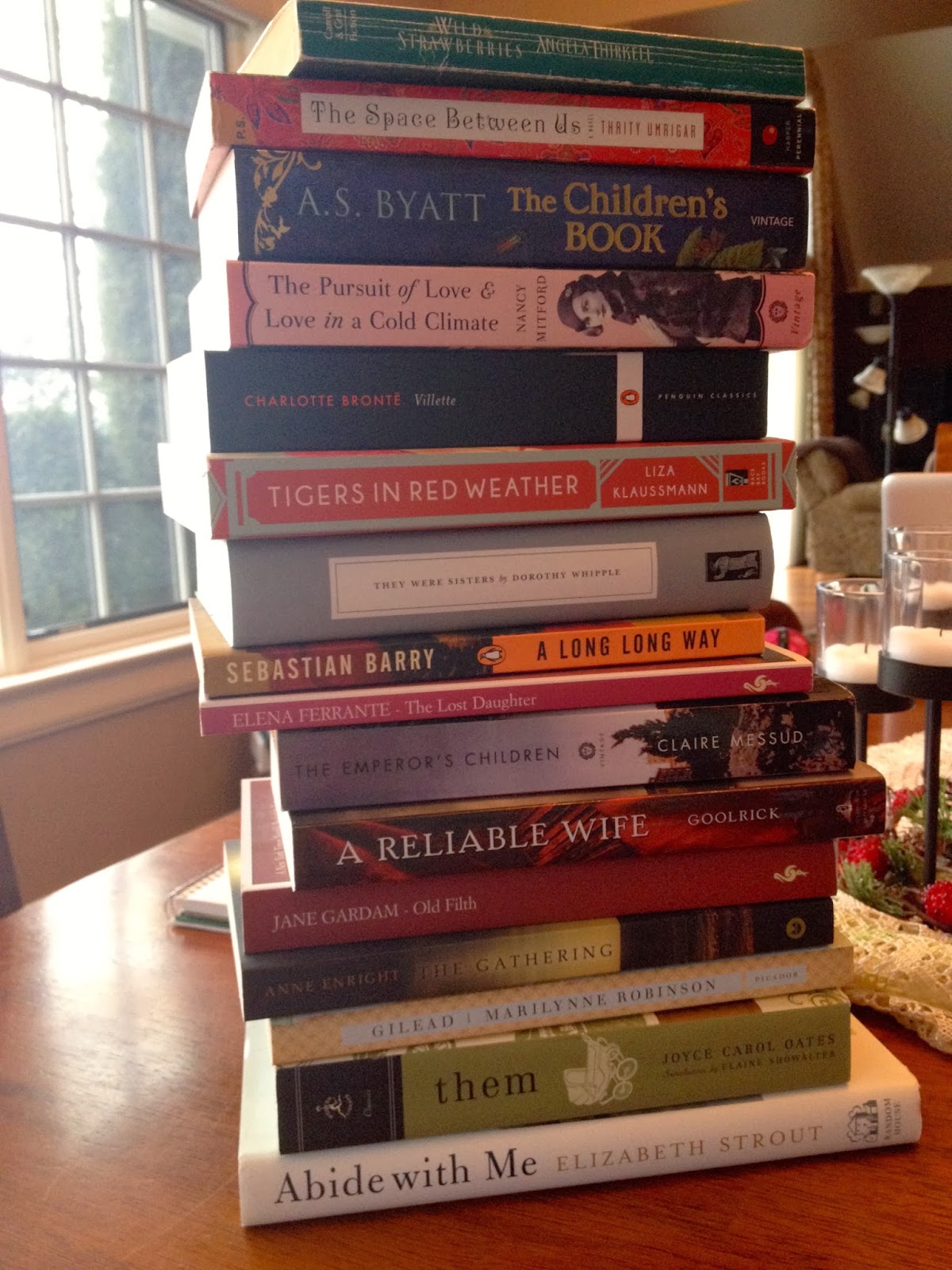 …I've also gathered a pile from my shelves. These books are calling to me right now, but who knows what I'll want to read in March? From the bottom:

Abide with Me by Elizabeth Strout
Them by Joyce Carol Oates
Gilead by Marilynne Robinson
The Gathering by Anne Enright
Old Filth by Jane Gardam
A Reliable Wife by Robert Goolrick
The Emperor's Children by Claire Messud
The Lost Daughter by Elena Ferrante
A Long Long Way by Sebastian Barry
They Were Sisters by Dorothy Whipple
Tigers in Red Weather by Liza Klaussmann
Villette by Charlotte Bronte
The Pursuit of Love/Love in a Cold Climate by Nancy Mitford
The Children's Book by A.S. Byatt
The Space Between Us by Thrity Umrigar
Wild Strawberries by Angela Thirkell

We'll see how things stand on April Fool's Day. Are you in?