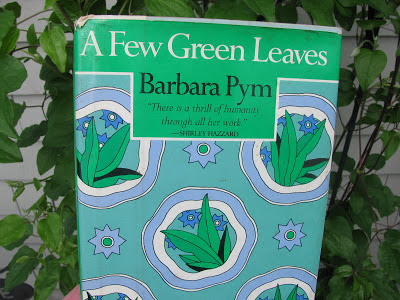 On the Sunday after Easter - Low Sunday, Emma believed it was called - the villagers were permitted to walk in the park and woods surrounding the manor. She had not been sure whether to come on the walk or not. It was her first weekend in the village , and she had been planning to observe the inhabitants in the time-honoured manner from behind the shadow of her curtains. But seeing the party assembling outside the pub, wearing tweeds and sensible shoes and some carrying walking-sticks, she had been unable to resist the temptation of joining in.

It's Pym Reading Week, co-hosted by Thomas and Amanda, and I have just begun A Few Green Leaves, Pym's last novel. I hadn't planned on reading another Pym so soon, but this first paragraph seems irresistible to me. What do you think?