It's Audiobook Week 2013 - a special week devoted to sharing our love of audiobooks. It's hosted, once again, by Jen at Devourer of Books. Today we have a quick meme to share. 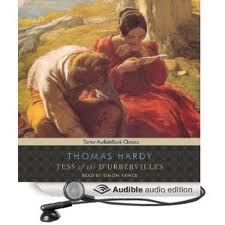 On my phone:
Tess of the D'Urbervilles
by Thomas Hardy
Narrated by Simon Vance 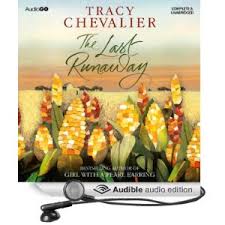 On CD in the car:
The Last Runaway
by Tracy Chevalier
Narrated by Kate Reading

Impressions:
The last time I started reading Tess of the D'Urbervilles, I quit at page 175. With Simon Vance's help, I've past the halfway mark and am enjoying it very much.

I started The Last Runaway  yesterday and am still on the first CD. Initially I thought it was very simplistic and was unsure about the reader, but settled in quickly and look forward to returning to the story today. 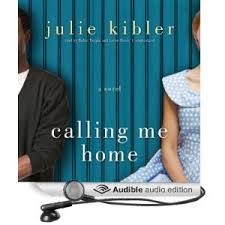 
Favorite narrator you’ve discovered recently:
Lorna Raver: She has nearly 90 credits listed on audible, but Calling Me Home  was the first time I've listened to her. It certainly won't be the last.

One title from your audio wishlist:
There are 177 books on my wish list at Audible, so I'll give you the title most recently added. 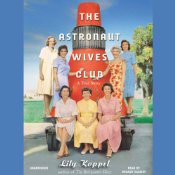 
Which audiobooks have you enjoyed recently?
Visit Devourer of Books to see who else has posted a meme today.