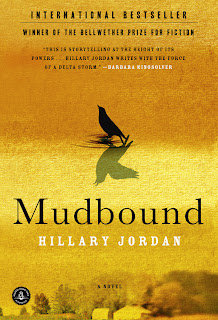 In Jordan's prize-winning debut, prejudice takes many forms, both subtle and brutal. It is 1946, and city-bred Laura McAllan is trying to raise her children on her husband's Mississippi Delta farm--a place she finds foreign and frightening. In the midst of the family's struggles, two young men return from the war to work the land. Jamie McAllan, Laura's brother-in-law, is everything her husband is not--charming, handsome, and haunted by his memories of combat. Ronsel Jackson, eldest son of the black sharecroppers who live on the McAllan farm, has come home with the shine of a war hero. But no matter his bravery in defense of his country, he is still considered less than a man in the Jim Crow South. It is the unlikely friendship of these brothers-in-arms that drives this powerful novel to its inexorable conclusion.

The men and women of each family relate their versions of events and we are drawn into their lives as they become players in a tragedy on the grandest scale. As Kingsolver says of Hillary Jordan, "Her characters walked straight out of 1940s Mississippi and into the part of my brain where sympathy and anger and love reside, leaving my heart racing. They are with me still."

I loved Mudbound!  It is my first (and only) five-star read of the year and will surely appear  on my list of favorites in December. It has everything I look for in a book: well-drawn characters, a setting that comes to life, a compelling story, and truly exceptional writing.

Novels with multiple points-of-view always appeal to me, and Mudbound, featuring six different viewpoints, has been described as a virtual chorus. Set in the deep south of the 1940's, the characters very effectively mirror each other on either side of the racial divide - two wives/mothers, two farmers/husbands/fathers, and two young men returning home from WWII.

As the characters and plot gradually developed over the first half of the book, I found myself savoring Jordan's beautiful writing. Before I knew it, I was unable to stop turning the pages and even wiped away a tear or two before reaching the very emotional conclusion.


A couple of favorite quotes:


"When it rained, as it often did, the yard turned into a thick gumbo, with the house floating in it like a soggy cracker. When the rains came hard, the river rose and swallowed the bridge that was the only way across. The world was on the other side of that bridge, the world of light bulbs and paved roads and shirts that stayed white. When the river rose, the world was lost to us and we to it." p.11

"How simple things were for Henry! How I wished sometimes that I could join him in his stark, right-angled world, where everything is either right or wrong and there is no doubt which is which. What unimaginable luxury, never to wrestle with whether or why, never to lie awake nights wondering what if." p.182

Book club reaction:
Mudbound  was the February selection for my book club, but it turned out to be late March before a small group of six actually met at a local coffee shop for discussion. Everyone read the book and loved it. Topics of discussion ranged widely from the beauty of Jordan's writing to racial relations and prejudice, both past and present. We talked about women's issues, farming and sharecropping, WWII, and the difficulties in returning to civilian life after war. Several members declared the book an all-time favorite.

Bottom line:
If you haven't read Mudbound yet, do it now!
Posted by JoAnn at 10:31 AM