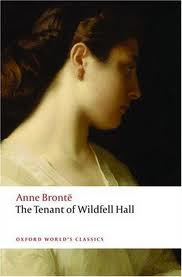 My father, as you know, was a sort of gentleman farmer in —shire; and I,
by his express desire, succeeded him in the same quiet occupation, not
very willingly, for ambition urged me to higher aims, and self-conceit
assured me that, in disregarding its voice, I was burying my talent in
the earth, and hiding my light under a bushel.  My mother had done her
utmost to persuade me that I was capable of great achievements; but my
father, who thought ambition was the surest road to ruin, and change but
another word for destruction, would listen to no scheme for bettering
either my own condition, or that of my fellow mortals.  He assured me it
was all rubbish, and exhorted me, with his dying breath, to continue in
the good old way, to follow his steps, and those of his father before
him, and let my highest ambition be to walk honestly through the world,
looking neither to the right hand nor to the left, and to transmit the
paternal acres to my children in, at least, as flourishing a condition as
he left them to me.


The Tenant of Wildfell Hall
by Anne Brontë

I am reading Anne Brontë at last. Although the least known of the famous sisters, her novel is totally engaging. I found an audio version for just $1.95 at audible, and am now listening in the car, too. The production is not the greatest, but price was right.

What do you think of the opening passage? It may not be enough to entice most readers, but give it some time. The Tenant of Wildfell Hall  has turned into a wild and wonderful ride.