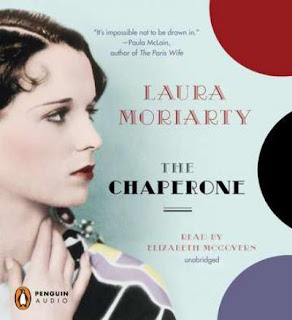 "The first time Cora heard the name Louise Brooks, she was parked outside the Wichita Library in a Model-T Ford, waiting for the rain to stop. If Cora had been alone, unencumbered, she might have made a dash across the lawn and up the library's stone steps, but she and her friend Viola Hammond had spent the morning going door-to-door in their neighborhood collecting books for the new children's room, and the considerable fruits of their efforts were safe and dry in four crates in the backseat. The storm, they decided, would be a short one, and they couldn't risk the books getting wet.

And really, Cora thought, staring out into the rain, it wasn't as if she had anything else to do. Her boys were already gone for the summer, both of them working on a farm outside Winfield. In the fall, they would leave for college. Cora was still getting used to the quiet, and also the freedom, of this new era of her life. Now, long after Della left for the day, the house stayed clean, with no muddy footprints on the floor, and no records scattered around the phonograph. There were no squabbles over the car to mediate, no tennis matches at the club to cheer on, and no assigned essays to proofread and commend. The pantry and icebox actually stayed stocked with food without daily trips to the store. Today, with Alan at work, she had no reason to rush home at all."

The Chaperone
by Laura Moriarty
narrated by Elizabeth McGovern

The Chaperone by Laura Moriarty, read by Elizabeth McGovern, is my current audiobook. I'm listening to CDs in the car (thank you, Penguin Audio!) and find myself inventing excuses to drive anywhere alone. The combination of these opening paragraphs and the narrator's familiar voice (McGovern plays Cora on PBS's Downton Abbey) drew me in almost instantly and, at the halfway mark, continues to enthrall. Listen to a sample here.