Which Novella Would You Choose?

Novellas are everywhere this month. For a fun twist on Bibliophile By the Sea's Tuesday Intro meme, I'm asking you to help me choose which one to read next. 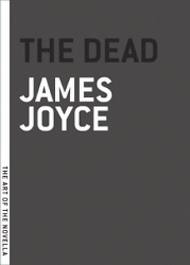 "Lily, the caretaker's daughter, was literally run off her feet. Hardly had she brought one gentleman into the little pantry behind the office on the groundfloor and helped him off with his overcoat when the  wheezy halldoor bell clanged again and she had to scamper along the bare hallway to let in another guest. It was well for her she had not to attend to the ladies also. But Miss Kate and Miss Julia had thought of that and had converted the bathroom upstairs into a ladies' dressingroom. Miss Kate and Miss Julia were there, gossiping and laughing and fussing, walking after each other to the head of the stairs, peering down over the banisters and calling down to Lilt to ask her who had come."

The Dead
by James Joyce 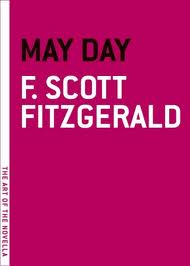 "There had been a war fought and won and the great city of the conquering people was crossed with triumphal arches and vivid with thrown flowers of white, red, and rose. All through the long spring days the returning soldiers marched up the chief highway behind the strump of drums and the joyous, resonant wind of the brasses, while merchants and clerks left their bickerings and figurings and, crowding to the windows, turned their white-bunched faces gravely upon the passing battalions."

May Day
by F. Scott Fitzgerald

So, based on the opening paragraph, would you choose The Dead or May Day?
Visit Bibliophile By the Sea for more Tuesday Intro posts.

Email ThisBlogThis!Share to TwitterShare to FacebookShare to Pinterest
Labels: Art of the Novella, Quote of the Week