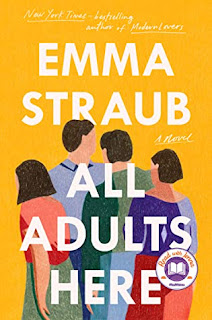 All Adults Here by Emma Straub

Three for three! I've read three Emma Straub novels and they've all been winners. This contemporary family drama primarily focuses on the relationships between a mother and her three adult children. It's a quick, enjoyable read that also gives you plenty to think about. Be sure to add The Vacationers  and Modern Lovers to your list, too.  I'll continue to read anything Straub writes. 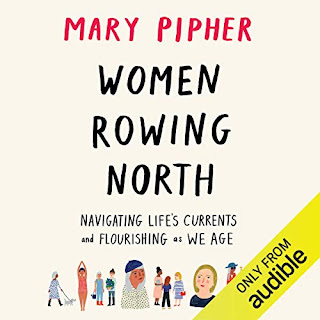 Mary Pipher, best known for Reviving Ophelia, now offers a "timely examination of the cultural and developmental issues women face as they age." I thought this was an interesting and engaging audio, but didn't find much in the way of new information or ideas. 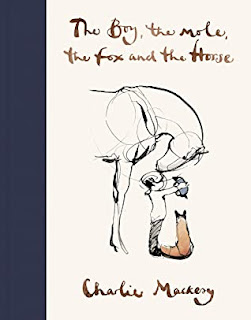 The Boy, the Mole, the Fox and the Horse by Charlie Mackesy

A gem you can read in 20 minutes! I had this on my library hold list before everything shut down and was surprised when it appeared in my curbside pickup bag. Charlie Mackesy presents the reader with simple, life-affirming lessons which seem especially valuable during these trying times. My daughter also read it and immediately ordered two copies - one for herself and another for a friend. 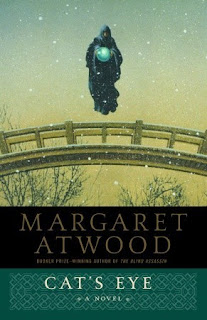 Cat's Eye  and The Robber Bride  are my favorite Margaret Atwood novels... at least that's what I've been saying since the 1990s when I read them. Recently I began to wonder if they'd stood the test of time.

Overall Cat's Eye  was darker, bleaker, slower, and more dense than I remembered. Some sections describing the main character's relationship with her grade school "friends" literally filled me with anxiety and dread. Atwood is a wonderful writer, but this was not a pleasant read. I gave it 5 stars way back when, but it certainly wasn't a 5-star experience this time around. Perhaps it was a bad choice of reading material during difficult times, so I'll wait until things are back to normal before I read The Robber Bride. I liked that one even more and don't want to be disappointed with two old favorites.