The Horla by Guy de Maupassant 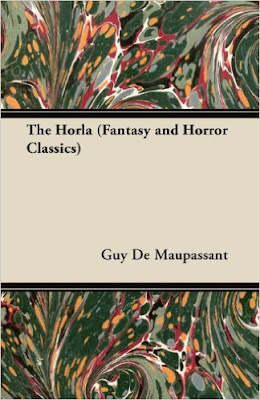 
What is the matter with me? It is he, he, the Horla, who is haunting me, filling, my head with these absurdities! He is in me, he has become my soul; I will kill him.


Guy de Maupassant, considered one of the fathers of the modern short story, is a personal favorite and has made several previous appearances on this blog:
It's been a couple of years since I last read his work, but  Paris in July inspired me to seek out another of his stories. The Horla, written in a journal format, chronicles one man's "descent into madness". Published shortly before de Maupassant himself was hospitalized for insanity, the story seems tame compared to today's psychological thrillers, but was considered ground-breaking at the time.

De Maupassant wrote and revised The Horla over a period of several years. An early draft was entitled Letter from a Madman, while a later reworking tells the same story from a doctor’s point of view.  The Melville House edition (part of their Art of the Novella series) includes both of these variations along with the final version. I would have been particularly interested in reading this story from the doctor's perspective.

I chose the above edition because I liked the cover. If I'd been a little more discerning, the Melville House edition would be on my shelf instead.

The Horla can be read in its entirely here. 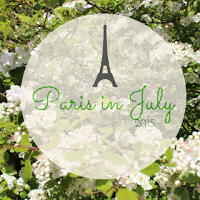 Visit Thyme for Tea for links to all of this week's Paris in July posts.
Posted by JoAnn at 2:00 AM

Email ThisBlogThis!Share to TwitterShare to FacebookShare to Pinterest
Labels: Art of the Novella, classics, Paris in July, short stories, The Classics Club