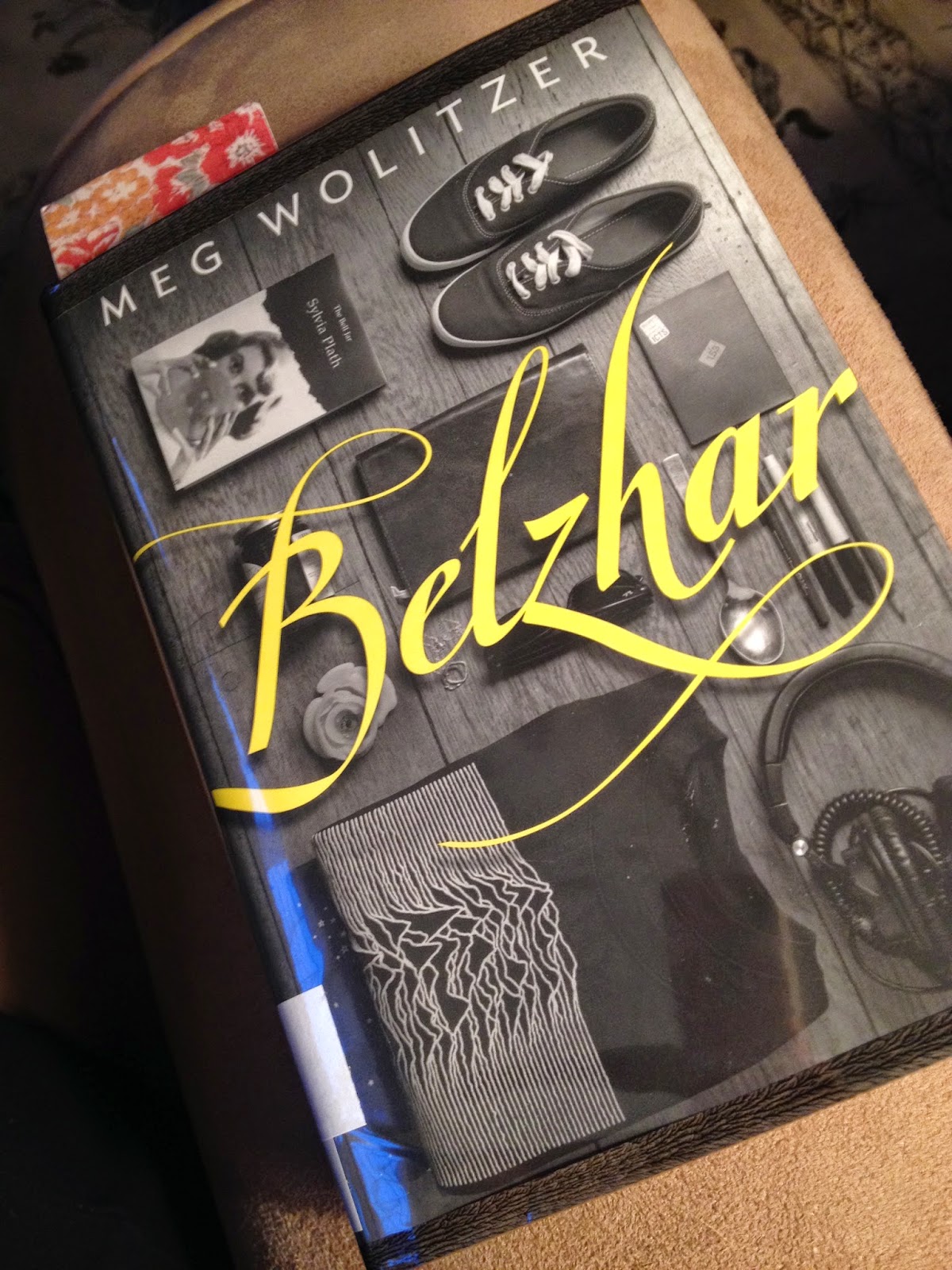 Goodreads summary:
If life were fair, Jam Gallahue would still be  at home in New Jersey with her sweet British  boyfriend, Reeve Maxfield. She’d be watching  old comedy sketches with him. She’d be kissing  him in the library stacks.

She certainly wouldn’t be at The Wooden Barn, a therapeutic boarding school in rural Vermont, living with a weird roommate, and signed up for an exclusive, mysterious class called Special Topics in English.

But life isn’t fair, and Reeve Maxfield is dead.

Until a journal-writing assignment leads Jam to Belzhar, where the untainted past is restored, and Jam can feel Reeve’s arms around her once again. But there are hidden truths on Jam’s path to reclaim her loss.


I need to tell you three things:

I don't read much Young Adult literature.
I'm not into fantasy.
I don't get magical realism.

I still loved Belzhar... and think you might, too.

"..pain can seem like an endless ribbon. You pull it and you pull it. You keep gathering it toward you, and as it collects, you really can't believe that there's something else at the end of it. Something that isn't just more pain."

Email ThisBlogThis!Share to TwitterShare to FacebookShare to Pinterest
Labels: book review, YA fiction