When Everyone Was Pregnant by John Updike 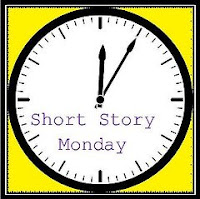 My relationship with John Updike has been conflicted from the beginning. I love his use of language, and recognize that he is a truly talented and prolific writer. However, his novels ( at least the few I have read) often disappoint or fail to live up to my expectations. I absolutely loved In The Beauty of The Lilies ten years ago, but didn't think as much of the novels I read after that - most recenty The Witches of Eastwick. In an attempt to leave my relationship with John Updike on a positive note, I have turned to one of his earlier short stories.
When Everyone Was Pregnant, written in 1971, is Updike's love song to the 1950's. It opens:
"I'm in securities, but I read a lot, on the train. Read yesterday that the Fifties were coming back..But my Fifties won't come back.
Kind years to me. Entered them poor and left them comfortable. Entered them chaste and left them a father...Those were the years when everyone was pregnant. Not only kind but beautiful years."
There is a hint of wistfulness from the beginning. The man on a train sends the signal that time is passing. This beautiful, lyrical love song is actually an elegy to the 50's.
"Guiltless. Our fat Fifties cars, how we loved them, revved them: no thought of pollution. Exhaust smoke, cigarette smoke, factory smoke, all romantic. Romance of consumption at its height."
"...How young we were. The men scrawny as boys. Laughable, military haircuts: the pea-brain look. The women with bangs and lipsticked smiles. We look drunk. Sometimes we were."
Surely after the 30' and 40's, the 1950's must have seemed idyllic. The Eisenhower era was good to Updike's generation. But time moved on.
"The babies got bigger. The parties got wilder...Scary tide, strong moon, could see the women had aged...over the ocean, riots. Assassinations, protests, a decade's overdue bills heaped like surf thunder on the sandbar. We were no longer young..."
The sixties have obviously arrived. The man on the train is still making these notes, but his hand is shaking. He is left wondering:
"Did the Fifties exist? ...the train slides forward. The decades slide seaward, taking us along. I am still afraid. Still grateful."
What a beautiful, yet melancholic, love story. Yes, I love John Updike again. Perhaps I should stick to his short stories.
Visit The Book Mine Set to see who else is talking about short stories today.
Posted by JoAnn at 10:23 AM