April Wrap-Up and a Look Ahead to May 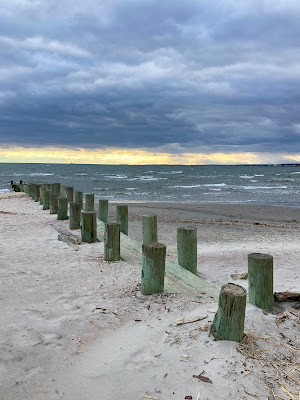 Old Saybrook, CT town beach on a chilly April evening
Hello, friends... it's been a while! April was an incredibly busy, but very productive month for us. We left Florida on the third and spent four days driving to Connecticut. Our first stop was Jeckyll Island, GA, a beautiful state-owned island with minimal development, lots of nature (including the GA sea turtle center), and a lovely historic district. I wish we'd planned more than a quick overnight, but we'll  be back!
Once in Connecticut, I finally got to see the condo. My husband had seen it, but it was unnerving purchasing real estate I'd not personally inspected. Luckily, the virtual tour proved accurate - such a relief! We spent a couple more nights in a hotel as we awaited delivery of mattresses, then officially moved in. Two weeks later we were mostly organized and ready for the summer... though there's still plenty of work to do when we get back.
Another April highlight was a visit to central NY to see my parents and siblings for Easter. It was the first time we'd all been together since 2019... and it was wonderful! (despite the snow😬)
Last weekend we were in NYC. Both daughters had moved since the beginning of the pandemic and we finally  got to see their new places. We also spent hours walking around the city. It's been years since we've experienced a NY spring! And the restaurants... oh, so good! [The photo below was taken in Washington Square, the other two are Central Park.] 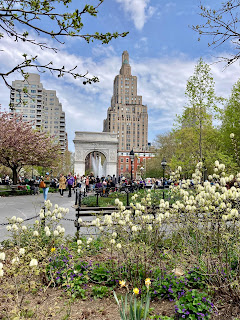 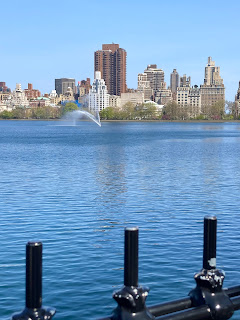 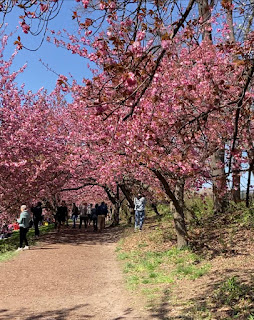 April Reading//
Surprisingly, I managed to read four books in April. Two were quite short and all were audiobooks or read/listen combinations. I'll post mini-reviews post later this week.
The Fortnight in September by R.C. Sherriff
Laundry Love: Finding Joy in a Common Chore by Patric Richardson
Write For Your Life by Anna Quindlen
Assembly by Natasha Brown
May Reading Possibilities//
The Absolutist  by John Boyne (currently reading)
The Vanishing Act of Esme Lenox  by Maggie O'Farrell
The Promise  by Damon Galgut
South to America: A Journey Below the Mason Dixon to Understand the Soul of a Nation  by Imani Perry
Road Ends  by Mary Lawson
And now May is here and we're back in Florida. It's noticeably quieter on the island as snowbirds and tourists return home. I love this time of year... and am hoping for a peaceful, low-key month ahead. Fingers crossed!
How was your month? What was your favorite April read?
Posted by JoAnn at 11:25 AM