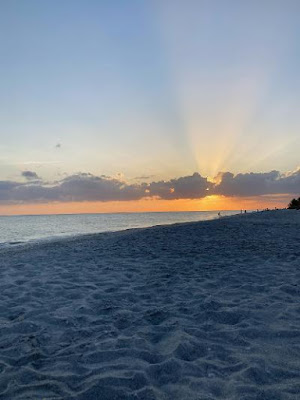 Hello, friends. It's Sunday again and time for another weekly update. Life continues to move slowly toward normalcy. Last week I went into a store and tried on clothes! It seems so strange to think of that as being a big deal, but it sure felt like one to me. I also walked into the grocery store yesterday for just a few things... rather than with a detailed list for a week's worth of carefully planned meals. Finally, we ate at restaurants (outdoors) twice. Those little things all made me ridiculously happy.

As I'm sure you're well aware, the CDC dropped their mask recommendation for vaccinated people... though there is no way to verify who is actually vaccinated. Our governor even took preemptive action to make it illegal to ask for proof of vaccination. BUT, I was heartened to see nearly everyone still masked in the grocery stores, clothing stores, and restaurants I visited. Either next to nobody has been vaccinated or, more likely, they do not feel comfortable with the new guidelines. These are strange times... 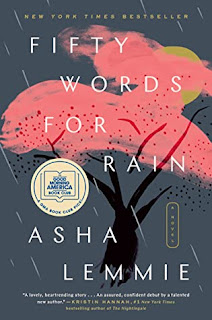 Fifty Words for Rain by Asha Lemmie
My second historical fiction this month was a coming-of-age story set in post WWII Japan. It follows Noriko, the illegitimate child of a Japanese aristocrat and an African-American soldier, for decades as she comes to terms with her heritage and tries to find her place in the world.
I enjoy reading about this time period in Japan and quickly found myself immersed in Nori's story. I flew through this 450-page debut novel in just a few days and will be passing it along to my mother and sister. A solid 4-star read! 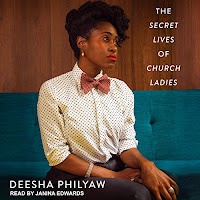 The Secret Lives of Church Ladies
by Deesha Philyaw, narrated by Janina Edwards

The Secret Lives of Church Ladies explores the raw and tender places where black women and girls dare to follow their desires and pursue a momentary reprieve from being good. The nine stories in this collection feature four generations of characters grappling with who they want to be in the world, caught as they are between the church's double standards and their own needs and passions.

I heard about this collection of stories from the Novel Pairings podcast. They strongly recommended listening and that was definitely the right choice. The narration was fabulous and made the stories feel even more real and often raw. I liked this four hour listen, but not quite as much as most other reviewers. I borrowed it from the library via hoopla. 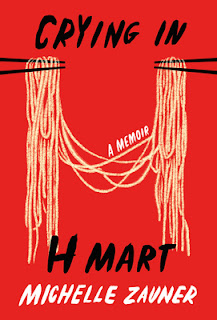 From the indie rockstar of Japanese Breakfast fame, and author of the viral 2018 New Yorker essay that shares the title of this book, an unflinching, powerful memoir about growing up Korean American, losing her mother, and forging her own identity.

This month's Shelf Subscription... I read the first three chapters/essays of this memoir, including the wonderful title essay. It's not what I feel like reading right now, but I do plan to read it later. 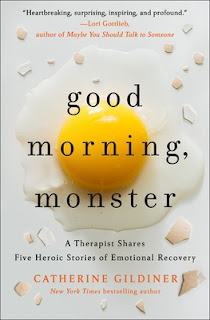 Purchased recently as an audible daily deal, I finally started listening today on my morning walk. Just as I'd hoped, it immediately reminded me of Maybe You Should Talk to Someone by Lori Gottlieb... a favorite from 2019. 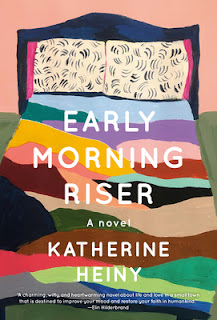 Early Morning Riser by Katherine Heiny
I picked up this library hold yesterday just moments before closing. Heiny's last novel, Standard Deviation, was such an enjoyable read and my hopes for her latest are high. I'll get started later tonight or tomorrow. 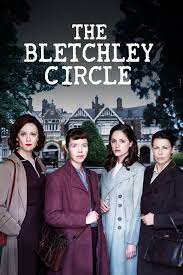 I watched season one (three episodes) of The Bletchley Circle on amazon prime video last week.  It's about a group of friends who worked at Bletchley Park breaking code during WWII and reunite in the early 1950s to track down a serial killer. I plan to continue with season two.

It's been pretty warm lately... the time of year I start thinking about salads for dinner. Last week we had Katie Workman's Chinese Chicken Salad. I used romaine lettuce instead of Napa cabbage, left out the red onion, and opted for the convenience of a rotisserie chicken. The homemade Soy Sesame dressing was really good and we had leftovers for a couple of lunches. Tip: toss only the salad you will use right away with dressing and add the crunchy lo mein noodles prior to serving. 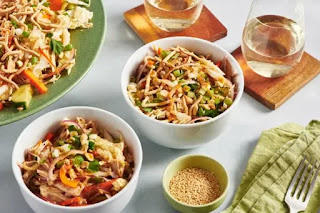 We're taking dinner over to my FIL later this afternoon. For dessert I made Taste of Home's   Jumbleberry Crumble. Loaded with strawberries, blueberries, and raspberries, it was an early pandemic favorite. We haven't had it since our daughters from NYC were with us last spring.summer. I hope he likes it, too! 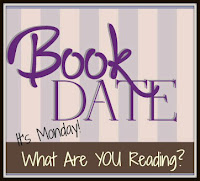 The Sunday Salon is hosted by Deb at Readerbuzz.
It's Monday... What Are You Reading? is hosted by Kathryn at Book Date.
Posted by JoAnn at 3:18 PM