Book Brief: The Past by Tessa Hadley 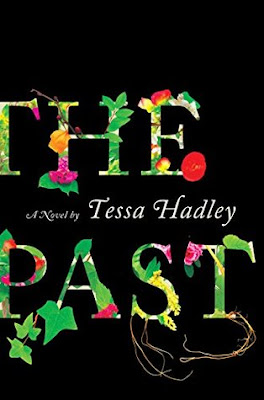 Motivation for reading:
I've never read Hadley and wanted to try her current novel (Late in the Day) but the hold list was very long. A blogging friend (thank you, Judith!) suggested this one while I wait.

Publisher's summary:
Three sisters, a brother, and their children assemble at their country house one last time before it is sold. The house is filled with memories of their shared past, yet beneath the idyllic surface, hidden passions, devastating secrets, and dangerous hostilities threaten to consume them. Sophisticated and sleek, Roland's new wife arouses his sister's jealousies. Passion erupts where it's least expected, shattering the quiet self-possession of Harriet, the eldest sister. Over the course of this summer holiday, the family's stories and silences intertwine, small disturbances build into familial crises, and a way of life - bourgeois, literate, ritualized, Anglican - winds down to its inevitable end.


"...the sisters stood hesitating on the brink of the interior for a moment, preparing themselves, recognising what they had forgotten while they were away from it -- the under-earth smell of imprisoned air, something plaintive in the thin light of the hall with its grey and white tiled floor and thin old rugs faded to red-mud colour. There was always a moment of adjustment as the shabby, needy actuality of the place settled over their too-hopeful idea of it."

"... the past of the place enfolded them as soon as they arrived, they fell back inside its patterns and repetitions, absorbed into what had been done there before."

"Both sisters managed to be offended. They sulked for five minutes and couldn't forgive each other, until they forgot about it and went back to their gossip, which circled eternally. All the siblings felt sometimes, as the days of their holiday passed, the sheer irritation and perplexity of family coexistence: how it fretted away at the love and attachment which were nonetheless intense and enduring when they were apart. They knew one another so well, all too well, and yet they were all continually surprised by the forgotten difficult twists and turns of one another's personalities, so familiar as soon as they appeared."

"But part of the oddity of marriage, she thought, was in how unwise it was to attend too intently to the other person. This was the opposite to what she had naively imagined, as a girl. To the unmarried, it seemed that a couple must be intimately, perpetually exposed to each other - but actually, that wasn't bearable. In order for love to survive, you had to close yourself off to a certain extent."

The first thing to know about The Past  is that it's slow-moving. Reading it seemed to take forever... but looking back, the more I think about it, the more I like it. Plot development is leisurely and it takes a long time to get to know the characters. Hadley is obviously in no hurry here.

Second, the writing is beautiful... evocative of time and place. Character development is thorough and Hadley delves deeply into family dynamics. She also chooses to use dashes instead of quotation marks. (Why do so many writers eschew quotation marks?)

Finally, everything happens in the third section. BUT...  all you've come to understand in first two sections makes the climax and resolution sheer perfection.

The patient reader is richly rewarded!