A Return to Barsetshire 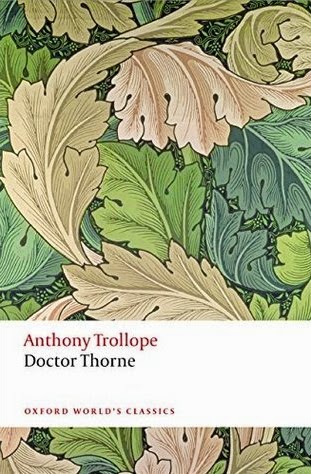 The Greshams of Greshamsbury

Before the reader is introduced to the modest country medical practitioner who is to be the chief personage of the following tale, it will be well that he should be made acquainted with some particulars as to the locality in which, and the neighbours among whom, our doctor followed his profession.

There is a county in the west of England not so full of life, indeed, nor so widely spoken of as some of its manufacturing leviathan brethren in the north, but which is, nevertheless, very dear to those who know it well. Its green pastures, its waving wheat, its deep and shady and—let us add—dirty lanes, its paths and stiles, its tawny-coloured, well-built rural churches, its avenues of beeches, and frequent Tudor mansions, its constant county hunt, its social graces, and the general air of clanship which pervades it, has made it to its own inhabitants a favoured land of Goshen. It is purely agricultural; agricultural in its produce, agricultural in its poor, and agricultural in its pleasures. There are towns in it, of course; dépôts from whence are brought seeds and groceries, ribbons and fire-shovels; in which markets are held and county balls are carried on; which return members to Parliament, generally—in spite of Reform Bills, past, present, and coming—in accordance with the dictates of some neighbouring land magnate: from whence emanate the country postmen, and where is located the supply of post-horses necessary for county visitings. But these towns add nothing to the importance of the county; they consist, with the exception of the assize town, of dull, all but death-like single streets. Each possesses two pumps, three hotels, ten shops, fifteen beer-houses, a beadle, and a market-place.

Ah, Mr. Trollope, how I've missed you. After reading several nonfiction titles, what a relief it is to return to Barsetshire. While the opening isn't especially exciting or enticing, the first paragraph makes me feel warm, safe, and happy. I know another wonderful tale is about to be told.


"You must marry money!"

This sentence has appeared at least a couple of times already, so I'm surmising the fourth installment of The Barsetshire Chronicles  will focus on social class, marriage, and money.

As yet, there has been no mention of familiar characters except the Thornes at Ullathorne. And time has elapsed since Barchester Towers  ended.. I'm still trying to work out exactly how much.

Are you ready to return to Barsetshire?

Email ThisBlogThis!Share to TwitterShare to FacebookShare to Pinterest
Labels: 6Barsets, classics, Quote of the Week, The Classics Club